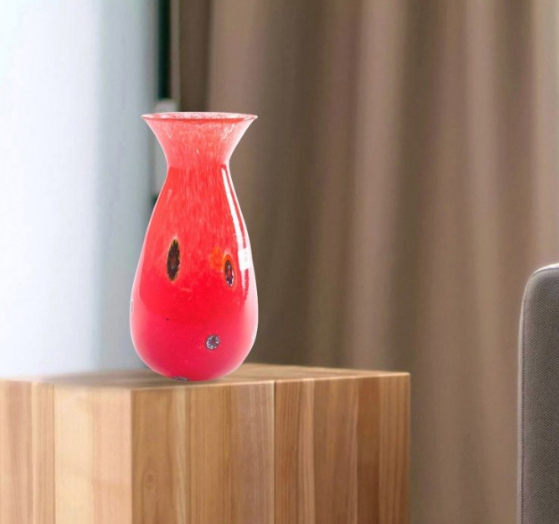 Decorative art, elegant palaces, and a very long tradition of aristocracy are the first features that come to mind when talking about Venice. Its history heritage is one and only: initially seen as the only refuge against invasions, it then became the biggest economic power controlling the sea trade.

Venice’s origin dates to the fall of the Holy Roman Empire in the VI century A.D, when the population saw the lagoon as the only way to escape from barbarian invasions.

As a matter of fact, the Venetian lagoon offers a noble landscape composed of many small islands, tides, and canals. The protection of the sea allowed the first inhabitants the advantage to be isolated from other populations. This is also the reason why Venice’s palaces do not have any walls.

The first settlements were built around Rivoalto, known today as Rialto, which was an island developed on the left side of the Grand Canal. When the first population stabilized, the archipelago’s morphology was very different from today. The area known as the northern lagoon, which comprises Murano, Burano, and Torcello, was only a swamp during that time.

However, the island of Venice does not only recall the economic power that it was but art and beauty as well. The marvelous palaces with their refined decorations are a luxurious symbol of the Venetian nobility. Each ornament inside those palaces was thought to be an irreplaceable part of the nobles’ abode. Many of them were coming from the island of Murano, particularly renowned for its glass production. On the island, the glass masters let their imaginations free to shape the form of their creations.

The glassmaking activity started around the XIII century, and it is still in vogue nowadays. The peculiar techniques used during the production process have been passed on and on for generations. For this reason as well, Murano glass products are well-known and requested worldwide.

On the website of YourMurano, you can take a look at the variety of products artisans realize: from classical to modern vases, from centerpieces to sculptures. The choice is wide: you will certainly find the perfect piece for your house. These precious items are a symbol of the cultural and artisan heritage of Venice. Through the glassblowing technique, glass experts are able to form whatever shape is asked. If you search on the site, there is also a part for customized products. Whether you want to take an unforgettable souvenir from Venice, or you would like to give a precious gift, this is the perfect idea for you.

There is a section dedicated entirely to glassware sets. In particular, the Glass Carafes are unique pieces of art that will bring light and color to your table. There is a wide range of lines, from the simplest to the more complex ones. Some have also been made with murrine, a particular glass decoration that was made separately and then added to the final creation. Blue?  Red? Transparent? Every taste and style is satisfied. You only have to choose the best for you!

The Best Materials for the Exterior of a House

ghiselle rousso - December 3, 2022 0
With the increasing land value, owning a house that you can call home has become very difficult. But as quick on the uptake as people have become, they were bound to find a solution...
Read more